Gun sales within the US topped nearly 19 million firearms in 2021 alone. That is only the second-highest total over the past two decades, according to new research from SafeHome. SafeHome is a home and personal safety group based here in the US. Corie Colliton the senior editor at SafeHome, told FOX Business that in 2019 they saw around 13.5 million firearms sold to the public. That number grew to 21.5 million in 2020 before dropping off last year. Texas, Florida, California and Pennsylvania all saw more than 1 million gun sales last year. The state with the fewest was Hawaii, with just 33 – which is actually more than were sold there a year earlier. In 2020, Americans purchased a record high of more than 21 million gun sales. The previous high or said record was in 2016, with only 16 million. The only coloration would be that both years were presidential transition / elections and the pandemic of 2020.

Fun Fact: When we do our our research we found that the state of Illinois had the most gun solds within 2020. 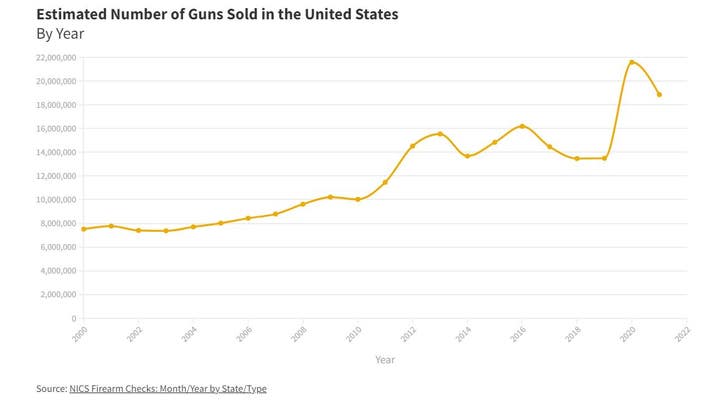